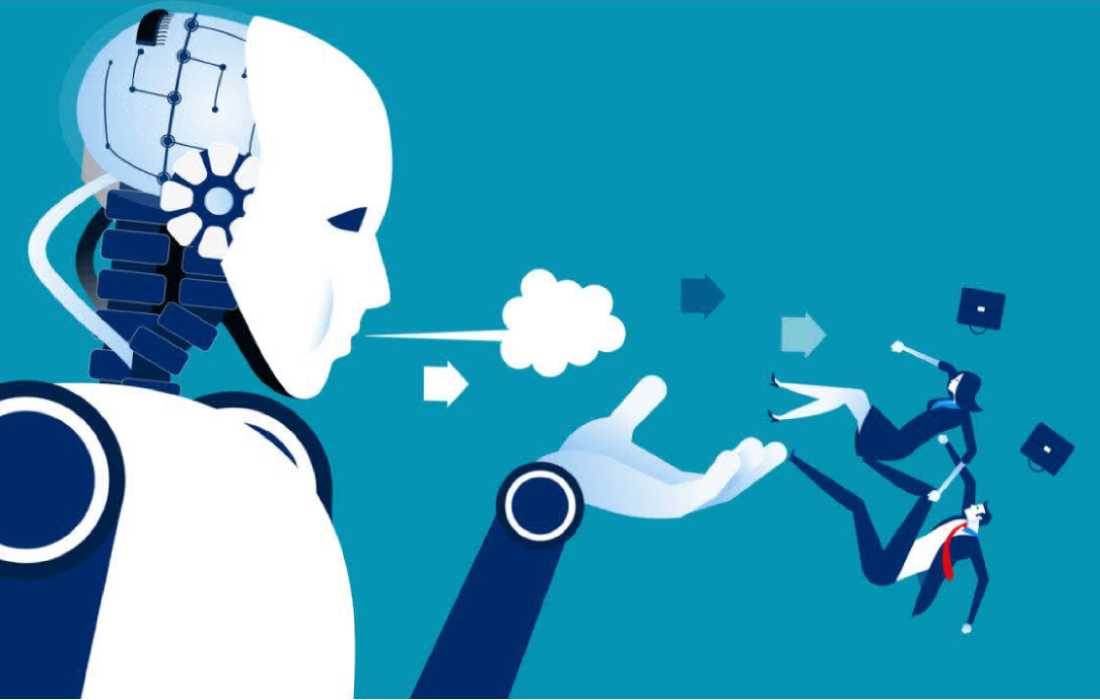 So what exactly is this Intelligent Automation and how is it different from traditional automation?

Traditionally, machines were extremely good at doing narrowly defined and predictable tasks. Able to achieve the desired result, faster, with less mistakes, and at lower costs. This made them suitable for a lot of factory work. And as a result, much factory work got automated.

A mayor downside of traditional automation, however, is that machines are blind and stupid (sorry machines). They follow their program, and nothing more. If an exception in the process occurs, the machine cannot deal with it. If a mistake is made, the machine cannot detect nor correct it. They cannot perceive the world, analyse, understand, make informed decisions or adapt their capabilities on previous experience. Most jobs are too complex. And as such, some jobs simply cannot be automated… Right?

When looking at traditional automation, jobs, even complex or creative ones, are nothing more than a combination of many narrowly defined and predictable tasks. And with these new technologies, we are becoming better at breaking down complex tasks. Eventually, enabling us to automate them. Furthermore Intelligent Automation allows machines to ‘understand’ business processes, variations and required exceptions, allowing machines to make intelligent decisions based on dynamic information, just like humans would [3].

Jobs are important for us. They help us to socially connect, feel meaningful, provide for ourselves and our family, and enable personal development.  So why should we automate jobs?

Simply stated, we humans are incredibly limited. We have a brain that is not capable of dealing with everything that is thrown at us, at the speed needed to. Our brain is easily tricked, selective, and likes to take shortcuts [4]. As a result we are a lot less intelligent and rational than we would like to admit.

Machines have huge benefits compared to humans. For instance: a machine can handle information instantly, does not drink, does not need to sleep, does not get distracted, and does not need to check social media (but this message from my aunt is really important!). As such, machines can do tasks better than we humans ever could, making it desirable to automate the job. Take the example of self-driving cars. Wouldn’t it be great to reduce both the amount of car accidents and gas emission?

What is to come?

Intelligent Automation surely is the future. But if Intelligent Automation is the future, where does that leave us? First of all, not all jobs will be automated. Not because they can’t be automated, but because we do not want them to be automated. We as a society have a hard time accepting that robots can perform these tasks. This is the case for jobs perceived as emotional [5], or high-stake jobs in which we require a human to be responsible for the end result [6]. However, in the future this degree of acceptance might change, allowing these jobs to be automated as well. And without jobs, a lot of people would simply slip into poverty. An alternative possibility that is increasingly being explored is a base-income, allowing people to live a decent living standard, even without having a job. But what is certain is that Intelligent Automation will cause disruption, requiring us to be flexible and rethink the way we work.