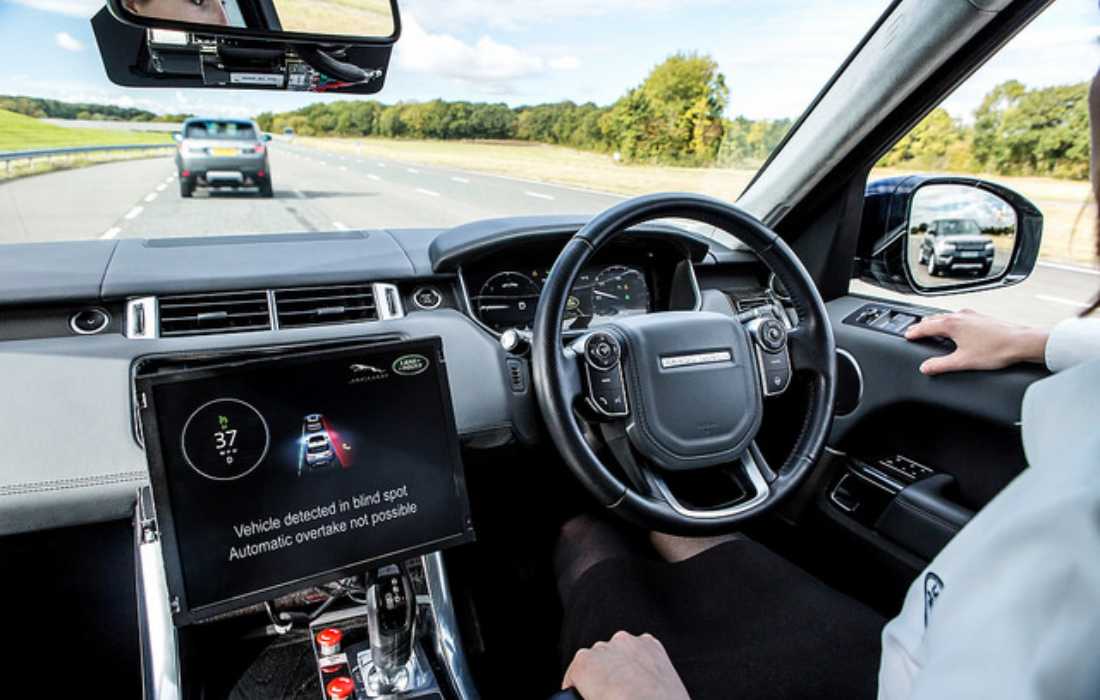 An Introduction to Autonomous Transportation

It is not uncommon for humans to reflect and wonder what the future of humanity could look. Perhaps one of the most popular ideas or thoughts which people might have is the idea of cars that we fly instead of drive. Barring the launch of Falcon Heavy which included a Tesla Roadster in the payload [1], car manufacturers do not seem to be paying much attention to making cars airborne, but instead on making them autonomous.

Autonomous cars, how do they work?

To understand how autonomous cars work we first need to understand the concept of agents in computer science. An agent is a system “that can decide for themselves what they need to do in order to achieve the objectives that we delegate to them” [2]. For an agent to make decisions it receives information about its working environment through sensors. The agent then takes this input, interprets it and decides on an action which it carries out using “effectors”. In the case of an autonomous car, effectors are the various systems which control the motion of the car. Dictionary.com defines an autonomous vehicle as being “navigated and manoeuvred by a computer without a need for human control or intervention under a range of driving situations and conditions.” [3] or to put it more plainly, a car which can drive itself without human intervention.

An increasing number of vehicles are shipped with collision avoidance technologies, which is a more passive form of autonomous driving that is aimed at reducing collisions caused by driver inattention or drowsiness. For an agent to operate an autonomous vehicle, the agent needs to understand the environment and be programmed to make decisions based on the conditions of its environment. Autonomous cars get information about their environment using input from technologies such as LIDAR, radar, GPS and computer [4]. Autonomous car developers extensively test and develop their systems in controlled environments but also on public roads with someone in the driver’s seat in case there needs to be human intervention. This testing is used to refine the algorithms which dictate how the car should behave in autonomous mode.

Use in Daily Life

In 2012, IEEE predicted that by 2040 up to 75% of the cars on the road will be autonomous. Their prediction of how transportation will work in the future is a world apart from the state of transportation today. Differences include; roads without traffic lights, streamlined highway lanes for autonomous cars (with speed limits of up to 160 km/h) and a reduction in car ownership [5]. Autonomous cars can be thought of as the next major disruptor in society. In any system, failure is a real possibility. Even despite the amount of effort and care put into designing the system. In the case of a system failure occurring on your computer, you run the risk of losing files or your progress on unsaved documents. The price of system failure, however, becomes much bigger in the case of autonomous cars. Just like with regular cars, an accident can cause injury or even death, if someone is injured while a car is in autonomous mode who is responsible?

The first reported case of a fatality while a car was in autonomous mode is in June 2016 when a Tesla Model S drove under a trailer in Florida. In this case, according to Tesla, “Neither Autopilot nor the driver noticed the white side of the tractor trailer against a brightly lit sky, so the brake was not applied.” [6] Tesla requires explicit consent from drivers before autopilot can be enabled but that does not stop us from asking the question “Who is at fault? Is it the driver or the manufacturer?”

In California where companies can apply to test vehicles on public roads, companies need to prove that they can cover financial obligations up to five million dollars arising from the testing of autonomous vehicles on public roads. This legislation acknowledges the potential liability of the manufacturer in the event of an accident while testing their vehicles but does not cover liability in a “live” setting when autonomous cars are more commonplace[7].

Uber [8], Tesla and Waymo [9] are examples of companies that are researching autonomous transportation with each working on their own autonomous car. Tesla’s vehicles currently ship with “the hardware needed for full self-driving capability”, so individuals can own their own autonomous car. Meanwhile Uber and Waymo are utilizing autonomous vehicles in another capacity, in the ride-sharing market. Both companies are at advanced stages in their autonomous transportation offering with both conducting public tests of their technology; Uber in Pittsburgh and Waymo in Phoenix. There have been complaints in cities where Uber’s ride sharing service is available. Uber is wreaking havoc on the livelihood of traditional taxis as they cannot compete with the price of the service being offered. A problem which will be magnified when ride-sharing companies can carry out their business without having to compensate drivers for their time.

For the widespread adoption of autonomous transportation to become a reality additional investments are necessary from individuals. They need to be willing to give up their own autonomy and trust that the vehicles will transport them safely. If you consider how many people are afraid of flying because they do not feel like they are in control, despite airline pilots having to log at least 1500 hours of flight time and satisfy other requirements before they can get their first officer license [10], the idea of being driven by a phantom driver will take some getting used to. However, automated metro systems have already been deployed in cities such as Kobe, Japan and Lille, France which shows that it is possible to automate transportation on a fairly large scale.